Ah. End of another year. Honestly, when Trump was elected, I didn’t think we’d make it through this year. I thought by now we’d all be dead because that human version of turd decided to just execute a man-made armageddon. But HEY! WE ARE STILL HERE (and he’s still the President) (yeah, I know). 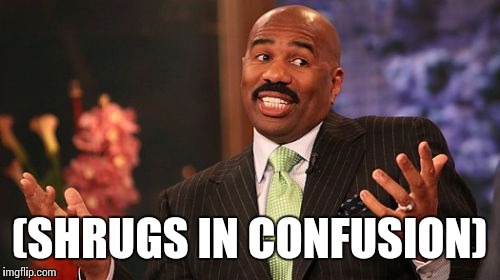 There were also a lot of “What the fuck?”, “Are you fucking kidding me?” and “Oh shut the fuck up” involved.

So, let’s go through it by topics.

I have been trying to do this whole music photography thing professionally for over a year now. It’s definitely not easy. Back home, it would have been easier because I would have something, something I have been building since I got my first real job at 20. I have built a network, I have befriended all the right (or at least very close to right) people, I know how shit works, etc, etc.
Here? I had to start from nothing because I knew no one. Making friends, starting conversations with strangers, and other simple socialising skills are not easy for me to do because I have a best friend called “social anxiety” that just won’t leave me the fuck alone. On my bad days, that could easily lead to overthinking and then it will end up with a lovely taste of depression.
(I know, I’m SO much fun. There’s a queue of people wanting to hang out with me.)
(No there isn’t.) (This is funny because it’s true. I mean, I don’t do it as much as I used to and sometimes I say “You’re welcome” instead of “Thanks you too“, but I still do it. It’s just this time, I mumble it instead of saying it out loud. It took a lot of work for me to get here. BE PROUD OF ME PLS.)

I definitely shot a bit more gigs this year, some of those who are quite well-known, I got to say “Hi, I’ve been such a fan!” directly to KT Tunstall (who was so nice, btw), I got to photograph Right Said Fred (if you don’t know who they are/had to Google them/never heard of their song: CONGRATULATIONS ON BEING SO YOUNG MUST BE NICE TO HAVE ALL THOSE YOUTH!) for Sofar Sounds London. I was going to say hi and tell them stories about how I had to turn the volume down every time their song is on MTV because there’s the word “sex” in it and it would freak my mom out because — well, there’s the word “sex” in it, I was too young and I probably should be in my room, taking my nap. But I didn’t. Because I was anxious to just say hi like a normal person. I have a bit more confidence in my work and my abilities but not always – almost rarely, actually. One day I could be really happy with how a photo turn out, the next day I could feel like it’s the shittiest photo anyone has ever taken and I would hate myself for not being able to take better ones. Creative life, amirite?
…
…
…
Right?
In general, career-wise I think I did better (slightly) than year but not good enough. Maybe I’m just an overachiever. I blame the Asian in me. Whatever.

I am still friendless (yay!). When I say that, I mean, I still haven’t found people (or even just one person) that I can talk to. People that earned my trust. People I’m comfortable being judgmental, sarcastic, bitter and bitchy about #iAmPerfection. Also worth mentioning that I’ve been living here for almost 6 years. I tried though but maybe I don’t try hard enough. The problem is, I’m old enough to know that I am no longer willing to go out of my way to make people like  me or to pretend I like the things that I don’t just so that I can be accepted. I’m in an age where you either connect or you don’t. Also: *points back to social anxiety*.
I lost a few friends this year — no, they’re not dead, I just threw their existence out of my life because I’m allergic to bullshit, fakeness and manipulative assholes.
If you’re one of those girls who only remembers your friends when you’re single but the second you have a boyfriend they’re dead to you, you need to fix that attitude. Your friends are human beings not a mat.
If you’re one of those people who manipulates people, making them believe that they’re your friend when actually you just want to take advantage of their skill for free like, oh I dunno, so you can have a personal photographer for free when you have gigs, there’s a special place in hell for you. I mean, I have no problems helping out a friend but there’s a huge different between asking for help and taking advantage of someone.
If you’re the kind of friend that feels you’re too good or too busy or too whatever to be the one who reaches out first so you just sit and wait for others to reach out to you, knock that off. Friendship is a two way street. Sometimes you’re busy, and I understand that. But there will be times when I’m busy or just easily distracted (seriously this is also a part of me as a person), and if you are really my friend, you should be able to understand that as well. I’m too old to be “begging” for someone to be my friend or explain the basic concept of maintaining a relationship.
But despite of this, I am still very thankful for the friends I got back home. Those who stuck by me despite of busy life and 6/7 hours time difference. Those who didn’t realise that they’ve made me laugh when I needed it the most just by tagging me in memes or in dog videos. Those who still listens to my rambles despite of having heard it 10 times already. I’m going to let myself have a bit of feelings and say that I love you. You (and dog videos) are the very few reasons that made 2017 bearable for me.
I have to accept the fact that I have grown apart with a few of them as well. Which is sad … it feels like, because they’re all famous now they only want to be friends with people in the same level of fame. The ones who were with them when they were a nobody, when they were still striving to be who and what they wanna be, no longer matters. The ones with less than a certain amount of Instagram followers aren’t worth their time. I don’t hate them, I’m just really sad that we’ve grown apart because I miss long and random chats about things with them. Now every time I ask how they’re doing, I’m lucky if I get a more than 2 sentence reply. I’m just going to take that as a part of being adults. And just like relationships in general, you either grow together or grow apart.
Also shout out to medias who are so professional they avoid telling you that they don’t want to work with you anymore just so they don’t have to pay you for the work you have done; they just want you to keep thinking you’re still working working for them. Much professionalism, pal. Very wow.

Thoughts on Other Things That People Didn’t Ask but I Will Definitely Give Anyway:

• I can’t wait for the next Game of Thrones. If you’re going to start a conversation pointing out the flaws in the last season, I’m gonna stop you right there and remind you that this show has dragons and ice zombies so an attempt to make it logical kind of already fails. Second of all, an adaptation is never going to be as good as the books because: TV show = duration, Books = type how many pages you want. So calm down.

• I’m not a Star Wars fan (I went to see Rogue simply for the love that is Adam Driver),

**gladly goes into the dark side** RULE ME, KYLO REN~

but I quite enjoyed The Last Jedi. I thought it was the best one out of the three.
*puts finger on triggered fans’ lips*
Shhhhhh – people have different opinions about things and it’s o k a y …
It didn’t live up to your theory? Well, that’s life, son, it’s full of the unexpected. Get over it and move on like the big boy and girl that you are. You think it’s worth raising a petition for so that they would make it all over again according to your liking? How about raising a petition for other important things like, oh, I don’t know poverty or refugees or homophobia or why kids today can’t seem to spell and differentiate “you’re” from “your”.

• I even quite enjoyed Spider-Man: Homecoming and Thor. These aren’t my favourite Marvel characters, but they did well this year. Justice League was as painful to watch. Although I did watch mainly for the goddess that is Wonder Woman *bows down to Gal Gadot* (and maybe for my Khal, that is Jason Momoa – I have never wanted to drown myself so bad just so he could save me) but I didn’t expect to be that disappointed. I suppose now I can relate to how my parents feel about me.
I can not fucking wait for Deadpool 2 (and every single other Marvel movie: Black Panther, Infinity Wars, ALLLLLLLLLLLL OF THEEEEM) and LARA CROFT WHOOOOOOOOOOOOOOA! It looks REALLY good, givin’ me all the tingles.
Sidenote: How  many more 50 Shades should we expect? Can’t we just go back to watching porn? Same terrible dialogue and mediocre acting (and this is coming from someone who actually likes Jamie Dornan, but I feel like this movie — or at least the first one that I forced myself to watch over a year after its release — doesn’t show how good of an actor he is). He’s great in The Fall though. Plus points for having Gillian Anderson as well.

• Netflix keeps making great Marvel shows. The Defenders were great but The Punisher were AMAZING. If you’re not a fan of a gritty, dark, hardcore superheroes, should probably stick to Supergirl or whatever. But if you are, and for some silly reason you still haven’t seen any of these shows, you should change that and also: HIGH FIVE.

…
…
I don’t do this. I have a “Want To Do” list, but I’m still working on that. Trying to keep it real and logical. For example: To have 3/4 bottle of wine instead of a whole bottle. Baby steps. One that’s on my list is to blog more, so we’ll see how many days that is going to last this time.

I wish I could end this post with optimistic sentences and an inspirational story, but I ain’t about that life. Plus, I’m sure you can find that in other blogs, a lot of people are suddenly optimistic (and kinda holier-than-thou) beings nowadays. 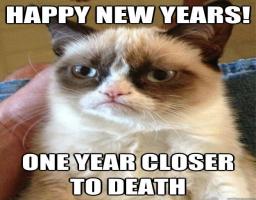